The latest Royal news has us all abuzz and reminds us it's time to book a trip to England's capital and home of the British Royal Family. We may not be invited to the latest gathering, but here are 4 places we can immerse ourselves in Royal history and put into context the images we see of the ceremonial events and appearances of the most famous family in the world.

Windsor Castle is outside of central London, but this thousand-year-old royal residence has been at the center of royal-lovers' attention recently. This is where the world was introduced to the new baby Archie of Prince Harry and the Duchess of Sussex, as well as the location (in the stunning gothic St. George's Chapel, pictured) of their marriage a year previously, as well as the wedding of Prince Harry's cousin (daughter of Prince Andrew) Princess Eugenie. 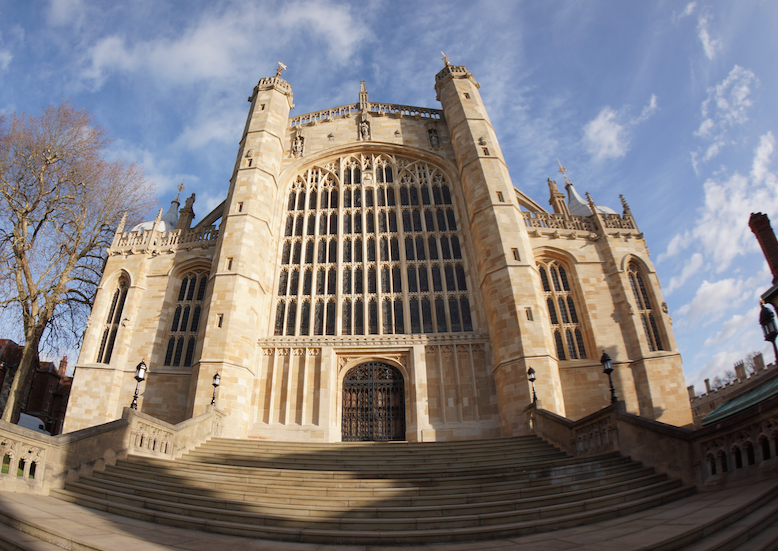 Windsor Castle is considered one of the few remaining 'working palaces' left in the world. It was built as a fortress in the 11th century after William the Conqueror successfully led the Norman invasion of England. You may think of Buckingham Palace as the premiere home of kings and queens, but Windsor Castle is the longest-occupied palace in Europe.  It's the Queen's weekend home when she's in London - said to be her favorite – and a venue for hosting state visits.
Don't miss: the view of Windsor Castle from the 3-mile, tree-lined Long Walk, giving you a real sense of the scope and grandeur of Windsor Castle and Great Park, as well as the chance to see some of the friendly members of a 500-strong herd of Red Deer in Deer Park.

When anyone says 'Buckingham Palace', chances are the picture that pops into your head is a scene on 'that' balcony. It's one of the best opportunities to see members of the Royal Family together in public, for the annual Trooping of the Colour (celebrating the Queen's symbolic birthday) or for less-frequent events like Royal Weddings – the last one balcony wedding kiss was between Prince William and the Duchess of Cambridge on their wedding day.
With 775 rooms, Buckingham Palace is the Sovereign's London residence and headquarters (the 'offices' of 800 people!), the center of state occasions, like visits from foreign heads of state, as well as national celebrations and mourning. Within the grounds are the largest private gardens in London, which are the venue for the Queen's famous Garden Parties. They are the largest functions at the Palace, where up to 8000 people are invited to attend each of three every summer. 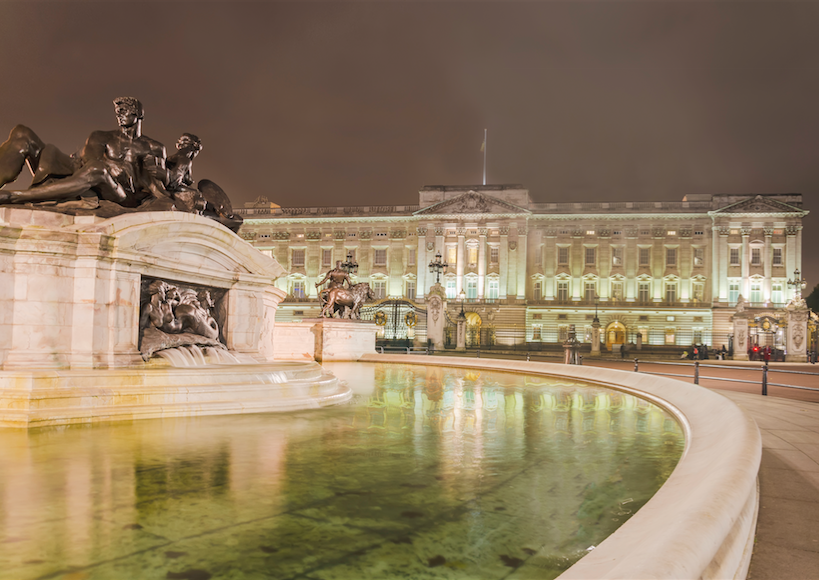 The State Rooms are open to visitors for most of August and September and occasionally at other times of the year. Even if you are not able to tour the inside of Buckingham Palace, or snag an invitation to a Garden Party, you can still get a glimpse of the façade and that famous balcony on the East Front.
Don't miss: The Changing of the Guard in the forecourt of Buckingham Palace. The Queen's personal Guard maintains a formal presence around the Palace in their unmistakable scarlet uniforms, and 'shift change' is equally elaborate. The ceremony is held at 11:00 am every day from April to July and four times a week in the winter.

Or 'K.P.' is the least impressive from the outside of the London royal residences, with its low, red-brick 17th century architecture. But it's in a fantastic location off Kensington High Street's shops, and is surrounded by a fabulous garden. Kensington Palace's black, wrought-iron gates are seared into the memories of many of us as the site where over a million bouquets of flowers were left outside the London home of Diana, Princess of Wales in tribute following her death. 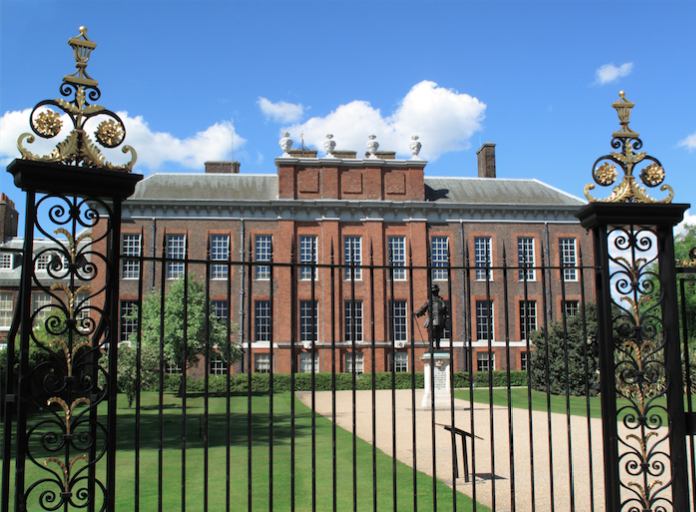 Now, some apartments in Kensington Palace are the official London residences of Prince William, the Duchess of Cambridge and their children, as well as other members of the royal family. Others are offices for royal charities. The State Rooms are open to the public, which display paintings and objects from the Royal Collection.
Don't Miss: There are four themed routes to follow, including one displaying iconic pieces of Diana's wardrobe, including the blue velvet gown the princess wore when she danced with John Travolta in the White House in 1981.

The Tower of London

The Tower of London is not currently a royal residence but its official name is Her Majesty's Royal Palace and Fortress of the Tower of London. Like Windsor Castle, the Tower dates back a thousand years to William the Conqueror. It was built as a feared stronghold of the monarch, and in its early years, did serve as a sovereign's home. With its name-sake Tower, turrets, moats and pivotal location on the Thames river, the Tower of London serves up the picture of the iconic 'castle' of our imaginations. The Tower also served as a prison – right up until 1952! Famous prisoners were executed at the Tower, and naturally ghost stories abound. 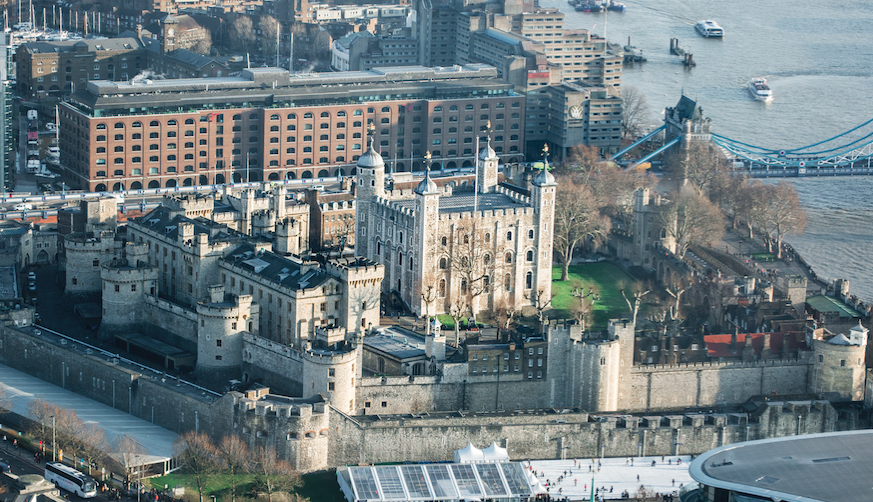 The Tower has served as an armoury, treasury, menagerie (zoo), as the Royal Mint, and still today houses and guards the Crown Jewels of England, including the orb, scepter and crown only used during the coronation of a new monarch as well as jewels worn by the Queen and family members on formal occasions on a more regular basis. You'll recognize many of them. They are on public display at the Jewel House.
Don't miss:  some of the most famous jewels in the world. The regalia contain 23, 578 gemstones, including the largest clear cut diamond in the world (Cullinan I) and the Koh-i-Noor, at an inimaginable 105 carats.

4 Tips for Pre- and Post-Cruise Extensions

Your next cruise vacation shouldn’t just start and stop at the ship’s gangway. Make the most of your holiday by ... learn more

It couldn’t come at a better time. The thrills of the holidays have passed, and the bills of the gift-giving season a... learn more

All eyes are on this SoCal city every New Year’s Day for two of America’s most iconic annual events. Pasadena, C... learn more

You may only listen to classical music once in a while, but we’ll bet this composer’s name rings a bell.Ludwig van Be... learn more